The Effectiveness of Dialogue in Communication, Past and Present

This project seeks to integrate scientific research and practical knowledge in the study of the mechanisms that make dialogue an effective tool for communication, teaching, and thinking.

People talk, always and everywhere. The ability to enter into dialogue with other human beings to exchange ideas, create forms of understanding and agreement, acquire information and argue is a necessary instrument for any social interaction. Your reasoning, thinking and contemplating is shaped within a conversation frame when you follow your heart or listen to your conscience, which is interior dialogue, rather than interior monologue. Even in artificial intelligence: we engage in a dialogue with Siri on our iPhones.

Forms of dialogue are everywhere nowadays, from television interviews to the FAQ’s on websites, in education and advertisement, in politics and in the shared decision making by doctor and patient. Once dialogue also was an extremely influential form of literary production, especially in the Medieval and Early Modern Period. Cultures of courtly conversation, academic disputation and humanist dialogue shaped personalities, offered patterns of civilized human interaction and generated knowledge. The first grammar of Dutch was written in the form of a dialogue; Galilei could find no other acceptable way to publish his views on the Major World Systems than as the ‘natural’ outcome of a conversation.

Its omnipresence in modern media and the long literary and scientific traditions of dialogue writing, contrast sharply with the small amount of shared knowledge in the various disciplines studying fictive and spontaneous conversation. Literary studies, linguistics and cognitive sciences have their own research interests in dialogue, but apparently fail to communicate with each other. Moreover, the experience of communication professionals in the use of dialogue hardly informs academic research.

This project seeks to integrate scientific research and practical knowledge in the study of the mechanisms that make dialogue an effective tool for communication, teaching, and thinking. The partners, from literary history, linguistics and professional communication, aim to build a platform for joint research into the factors underlying dialogue’s effectiveness, for the benefit of both the historical understanding of constructed dialogue, education and communication consultancy.

If we want to develop apps that help users in changing their lifestyle, can we learn something from the dialogues that taught readers how to let reason guide their inner life? When we see that cultural uses of dialogue in the past include rearrangements of institutional hierarchies such as master and pupil, can we build on these to overcome authority barriers in the interaction between doctor and patient?

Such questions will be addressed in a set of workshops and small projects, led by a research team consisting of Christine Swankhuisen (Tabula Rasa), Arie Verhagen (LUCL) and Geert Warnar (LUCAS, PI). 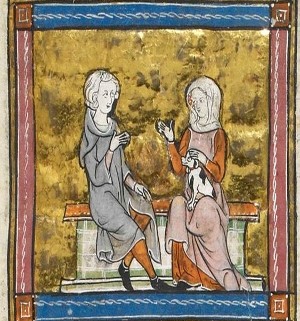